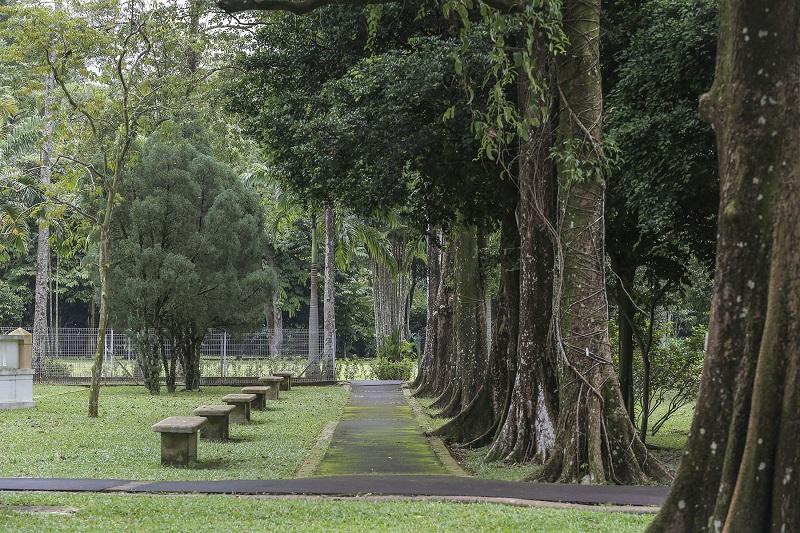 Trouble in Taman Rimba: The Plot

Recent revelations regarding the proposed development in Taman Rimba proves that it's a case woven in the sticky webs of politics.

The Federal Territories Ministry and Kuala Lumpur Mayor are at odds with three different communities in the city, amidst allegations of overdevelopment and conflicts of interest. They are being challenged for their approval of unnecessary high-rise and high-density development projects in specifically low-density areas. The consequences of this will inevitably increase foot and vehicle traffic in the area - especially since those locations are ill-equipped in terms of public infrastructure.

Residents of Titiwangsa and Taman Desa are questioning the need for high-rise projects that could raise the population density of those areas from the tens to the hundreds. And, on both accounts, the proposed developments will occur on lands not designated for residential buildings - compelling their respective residents to urge the MACC to investigate the Mayor and Federal Territories Minister on accounts of conflicts of interest.

Both of those cases are examples of the ministry’s apparent disregard for the city draft, structure and density plans. But in Taman Rimba Kiara, it isn't just a case of unwelcome development and a worrying increase in density. The ministry has been trying to address the long-neglected issue of providing permanent housing for families of former Bukit Kiara rubber estate workers.

To solve this, DBKL proposed to build a RM3 billion project consisting of eight luxury condominiums and an affordable apartment complex within the compounds of Taman Rimba Kiara. TTDI Residents have been aggressively disputing and disproving the need for the project for almost a year and a half - going as far as to voluntarily (and professionally) draw up an alternative RM15 million, 104 unit townhouse plan that would not take any part of the park.

However, objections made by the TTDI Residents Association and Save Taman Rimba Kiara Working Group, have fallen onto the deaf ears of the ministry and city hall. The latter two are hell-bent on proceeding with the project - despite it taking a huge chunk of the park.

“The area is actually from the longhouse until the pagar… that land has been given to Yayasan. The present Taman Rimba, [with] the jogging tracks will not be touched. The trees inside Taman Rimba (including the pond), is still there - that’s why I do not know why they say Taman Rimba will be bulldozed. I don’t understand that.”
- Kuala Lumpur Mayor, Tan Sri Amin Nordin

Clearly, there is a difference in where the government perceives the boundaries of the park to be. They claim that since the 13 acres within the park is privately owned by Yayasan Wilayah Persekutuan (the Federal Territories Ministry's welfare arm), it isn't considered to be a part of Taman Rimba. In reality, however, the development would occupy the park entrance, car park and a sum of greenery.

This forced Leon Koay, Save Taman Rimba Kiara Group coordinator, to cast serious doubts on how those 13 acres came to be privately owned. The group's research shows that prior to 2012, the map boundaries of Taman Rimba Kiara was held without title and never defined. That year, the ministry claimed the entirety of the park without any consultation or transparency, to establish lot 55118. Two years later in 2014, they halved lot 55118 to create PT9244 - eventually gifting the latter to Yayasan, at zero cost.

These suspicions of foul play are compounded by the fact that Federal Territories Minister, Tengku Adnan and Kuala Lumpur Mayor, Tan Sri Amin Nordin are sitting on the board of directors of Yayasan. Essentially, they could portion, grant and approve any projects according to their whims and fancies.

It's this clear conflict of interest that casts an inky shadow on any of the projects approved by the ministry and Yayasan.

But for Yayasan Wilayah Persekutuan and their development plan, this wasn’t the only point of conflict. Yayasan had already signed a joint-venture agreement in 2013 with Damai Kiaramas (the original developer), to aid in the permanent housing of longhouse residents. But not more than a year later, Yayasan signed another agreement with a different developer, Memang Perkasa (a unit of Malton Berhad) - claiming that Damai Kiaramas didn’t have sufficient funds to complete the project, despite the contrasting truth.

Damai Kiaramas eventually brought Yayasan, the Federal Territories Minister and Memang Perkasa (the current developers) to court, seeking an injunction. They had also claimed two things: that the current developers had conjured up an alternative proposal that coaxed the hands of the ministry, and that the Federal Territories Minister and Yayasan had repeatedly asked for a greater share of profits, by the tens of millions.

The outcome of the injunction was reportedly unclear.

Without any details of Damai Kiaramas’ proposals, it wouldn’t be too far out to suggest that Yayasan is being thrifty with their money. In fact, Kuala Lumpur Mayor, Tan Sri Amin Nordin indicated that exact sentiment by saying:

“They don’t want any development down there.. We don’t want to talk to them - they must accept that ... part of the area will be developed to relocate the longhouse fellows and also to subsidise. Who wants to spend for the 100 over families? ... That will cost, maybe, 100-200 million. Somebody has to develop the land to build condos and this one to cater for the longhouse fellows.”

He audaciously confirms that notion, adding that the profits earned from the eight blocks of million Ringgit apartments will be used to subsidise the permanent residences of the longhouse families. The clip also suggests a lack of empathy and sacrifice for a marginalised community who should have been living in their own homes for the last 38 years.

This has inevitably yielded a win-win situation for Yayasan. The solution they’ve conjured up solves this neglected problem with minimal work and at little expense to themselves. And despite the glaring, economical solution offered up by the Save Taman Rimba Kiara Group, Memang Perkasa and Yayasan have sold themselves to a complex solution, strengthened by the web of politics that they've spun.

But how do the longhouse residents feel about this? They are, after all, major stakeholders in this case. And since the authorities seem so keen to express that the development is solely for the benefit of the longhouse residents, does the community think that a RM3 billion project is necessary to subsidise their future homes?

More will be written about where the longhouse residents stand on this development in Part 2 of this article.

The court had recently dismissed an appeal to halt any development within Taman Rimba Kiara - resulting in a court order to pay RM40,000 in legal fees. The TTDI Residents’ Association and Save Taman Rimba Group is seeking donations to aid the costs. If you’d like to help their cause, you can do so here.